Which type of tax return do I need?

The Netherlands has various types of tax returns and it depends on your personal situation which one you need.

This article is part of a series of articles that should help you to stay compliant towards the Dutch tax system. 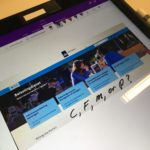 The M-return is the first Dutch personal income tax return an expat will have to file (but also Dutch that have lived abroad and now return to NL). This return is intended for everyone that either comes to live in the Netherlands, or decides to live outside the Netherlands. In this return you will need to provide information about when you entered the Netherlands, where you used to live etc. It is also the return where:

It is generally a complicated return and as such professional help is recommended. This will result in certain expenses, but if filed correctly it often results in a substantial tax refund which often at least covers the advisory expenses. Also important, you are obliged to file this return when you become tax resident or when your Dutch tax residency has ended. This may happen sooner than you expect and strongly depends on the situation at hand. For example, deregistration with a municipality is just an indication that you no longer live in the Netherlands but it certainly is not decisive. A separate article that deals with the questions whether you may be considered Dutch tax resident is currently being prepared. Let me know if you are interested in more information about this topic.

In this return, the so-called world wide income will need to be reported, which is the income wherever in the world earned. After reporting the foreign income, an avoidance of double taxation may be claimed on the basis of a tax treaty (if available) or on the basis of general avoidance rules.

This return is intended for persons who are not Dutch tax residents, but who have income from Dutch “sources” of which the Dutch tax authorities are of the opinion that these are subject to Dutch personal income tax.

Whether or not income from Dutch subjected to Dutch personal income tax depends on Dutch tax law (there is a limitative list) but also whether or not a tax treaty applies which allows the Netherlands to tax a certain type of income.

F-return: last personal income tax return when someone has died

Similar to the above P-return, but only intended for deceased persons. Income needs to be reported from 1 January to the day the person is deceased.

More articles in this series:

To give you a head start concerning your obligations towards Dutch personal income tax laws, we recommend you to read the following articles also: